The induction ceremony began with a prayer, followed by the history given by the Society secretary Maria O. ’23. Then, in keeping with tradition, President Andrea C. ’22 lit each member’s candle and reflected on the significance of the candle; “this typifies our course of life. Thus, without burning, it exists but does not live. That candle says: “If they burn me, I live; if not, I die.” Each Inductee received a certificate and Society pin. To be admitted to the

To be admitted to the Sociedad Honoraria Hispánica, students must be in grade 10 and higher and have maintained a 3.0 GPA in the study of Spanish for a minimum of three semesters. The honor society’s mission is to recognize high school achievement in Spanish and Portuguese and promote interest in Hispanic and Luso-Brazilian studies. In addition, eligible members are awarded college scholarships.

Congratulations to all new inductees and a special thank you to Sra Osorio, the Society sponsor, for her commitment and dedication to our students. 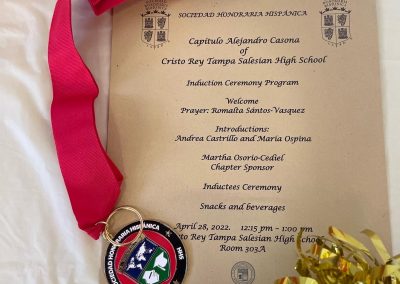 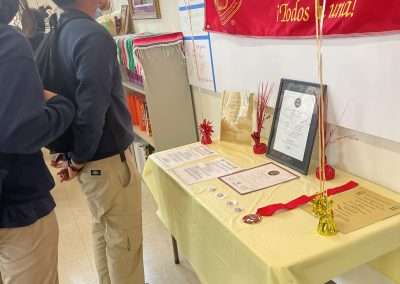 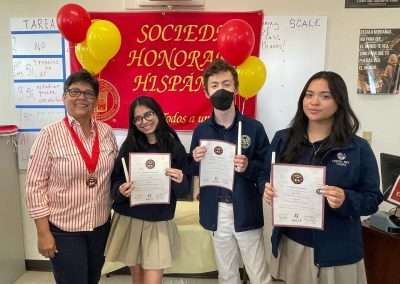 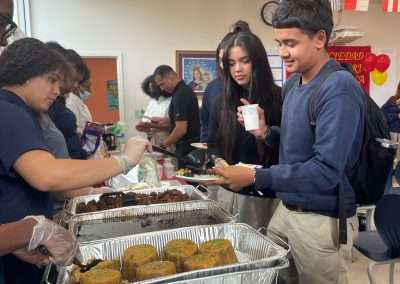